Hello, DSAMT community.  I wanted to write a blog post and share a little about myself and my family with everyone.  You may be wondering….what brought me to DSAMT given that I don’t have a child with Down syndrome?  Well, the answer is a little long, but here goes.

Like many of you, I’m sure, my exposure as a child and teenager to individuals with disabilities was extremely limited.  I was born in 1966, before the passage of the federal law in 1975 that gave children with disabilities the right to attend public school.  There was a young man with Down syndrome who lived down the street from my childhood home, and my primary memory of him is him sitting on his ride lawn mower, mowing his family's large lawn.  Regrettably, I never knew much about him, and we never became friends, but I do recall wondering whether he went to school, and if so, where.  Now that I know a bit about the history of educational rights for folks with disabilities, however, I know that young man most likely did not attend school.  Which both floors and horrifies me.

My next exposure to the disability world was when I interned one summer during law school at Disability Education and Defense Fund (“DREDF”) in Berkeley, California.  I was the only intern that summer without either a disability myself or a family member with a disability.  I remember thinking at the time it was odd that I was there without a personal connection to disability.  I was just super interested in justice for underserved communities, including the disability community.  Little did I know that I, myself, would soon become deeply immersed in all things disability-related.

Flash forward to 2000.  My husband, oldest son and I were living in Maplewood, New Jersey, anticipating the arrival of our second child.  This pregnancy had been different than my first.  The baby was quieter, calmer, almost to a worrisome degree.  The baby was smaller by nearly two pounds at birth than my first, didn’t nurse well like my older son, and failed his hearing test in the hospital.  While none of these things were major red flags at the time, looking back, they were very early signs of what was to come.  We took our seemingly healthy baby home and over the next few months, I began to worry more.  Baby Graham didn’t smile when most babies his age were smiling, he didn’t turn his head when his name was called, and he seemed disengaged.  Then, he began missing major physical developmental milestones, like sitting up and rolling over.  I visited my parents in North Carolina with Graham and his older brother when Graham was around eight months old, and when I got back home, my Dad faxed me a one-page list of developmental milestones — his way of suggesting to me that something was “off.”

So, at Graham’s one-year check-up with our pediatrician, I again raised my concerns about his slow development.  Although Dr. Boodish tried to reassure me that all was well and that “all children develop differently,” he relented and referred us to a developmental specialist, who ran multiple tests, one of which revealed that Graham had “extra genetic material” on his 15th chromosome (official diagnosis: Isodicentric 15; now called Dup 15q syndrome).  And so our journey began.

I could go on and on about our 19 year journey with our wonderful, magical son, but I want to bring this back to my position with DSAMT.  Several years after Graham was born, dear friends of ours in New Jersey who were experiencing infertility issues decided to adopt a newborn with Down syndrome.  They asked my husband and me to be his God parents.  Although they now live in Wisconsin, and we don’t get to see them often, we adore our Patrick!!  Shortly after moving to Nashville, our family became friends with a family with a son with Down syndrome and we all became huge Brian fans!  A few years later, I had the opportunity to help that same family fight their school district’s efforts to force Brian to undergo an IQ test, something the family thought was inappropriate and unhelpful.  With the help of a lawyer friend of mine, and great courage on the part of my friends, Brian’s parents, the family won their case.

It was official — I was passionate about issues affecting kids with Down syndrome.  Over those early years in Nashville, I had also become passionate about helping families of kids with all kinds of disabilities navigate the educational system.  This passion led to several professional positions, culminating in my creation in 2011 of the Special Education Advocacy Center.  Over the next six years, SEAC would serve hundreds of families all over Middle Tennessee by helping them fight for the educational rights of their kids.  During those years, I became acquainted with Alecia Talbott and involved in various trainings and workshops for DSAMT.  Since then, I also have had the great privilege of sitting next to many parents of kids with Down syndrome in IEP meetings, helping them obtain appropriate services and supports for their amazing kids.  In short, I have loved getting to know and advocate for students with Down syndrome and their families!

Flash forward to 2019, when Alecia approached me about the possibility of joining the organization as Director of Policy and Advocacy.  I was, needless to say, THRILLED.  My journey to this place — like the journeys of each of you — has been long and windy, full of mostly good days but spotted with the dark, awful, challenging ones, as well.  I am grateful for that journey, though, and for our kids who make us better people and who teach us lessons we couldn’t and wouldn’t learn any other way.  I am grateful to be a part of DSAMT and I look forward to working with you all. 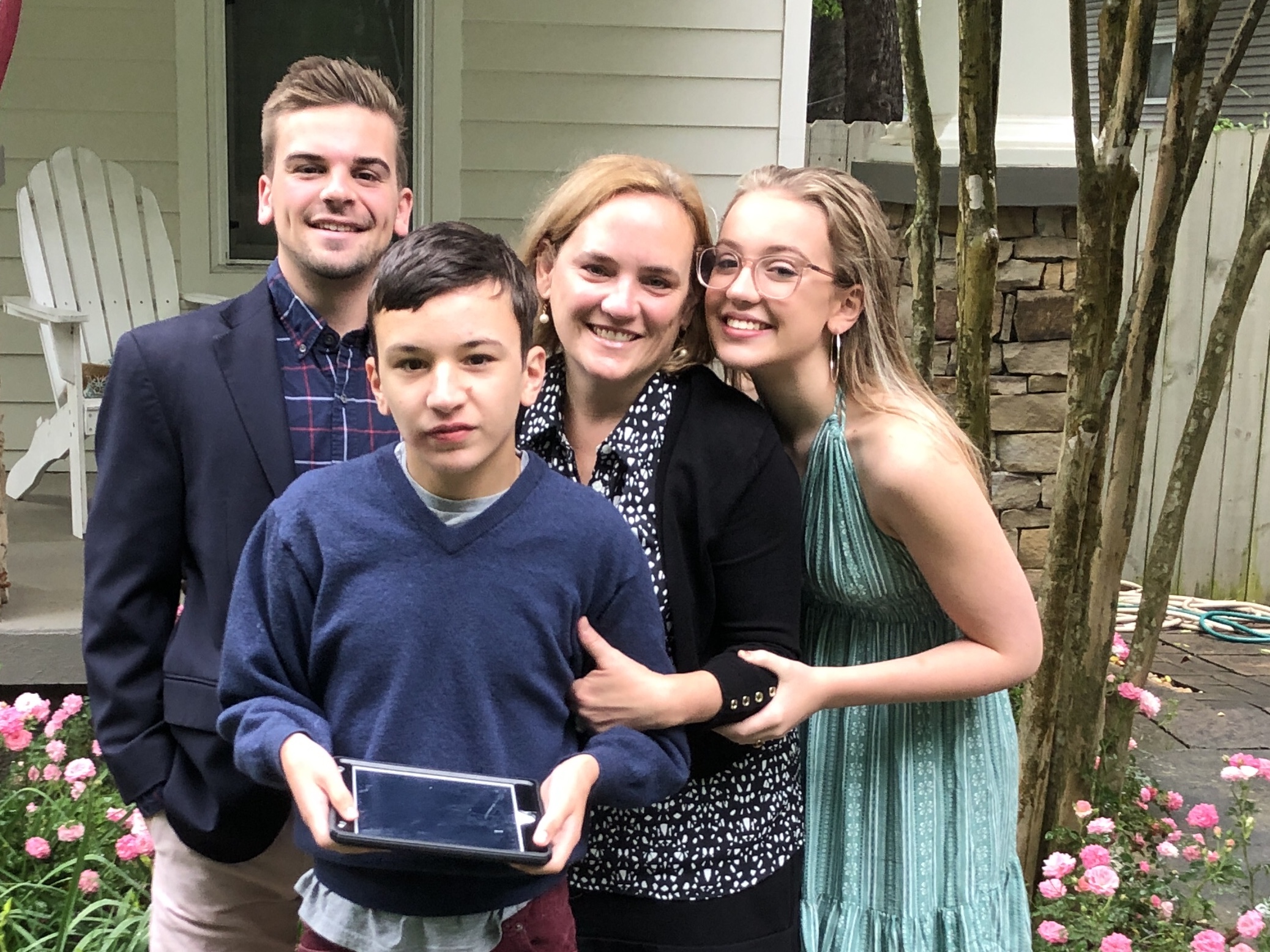